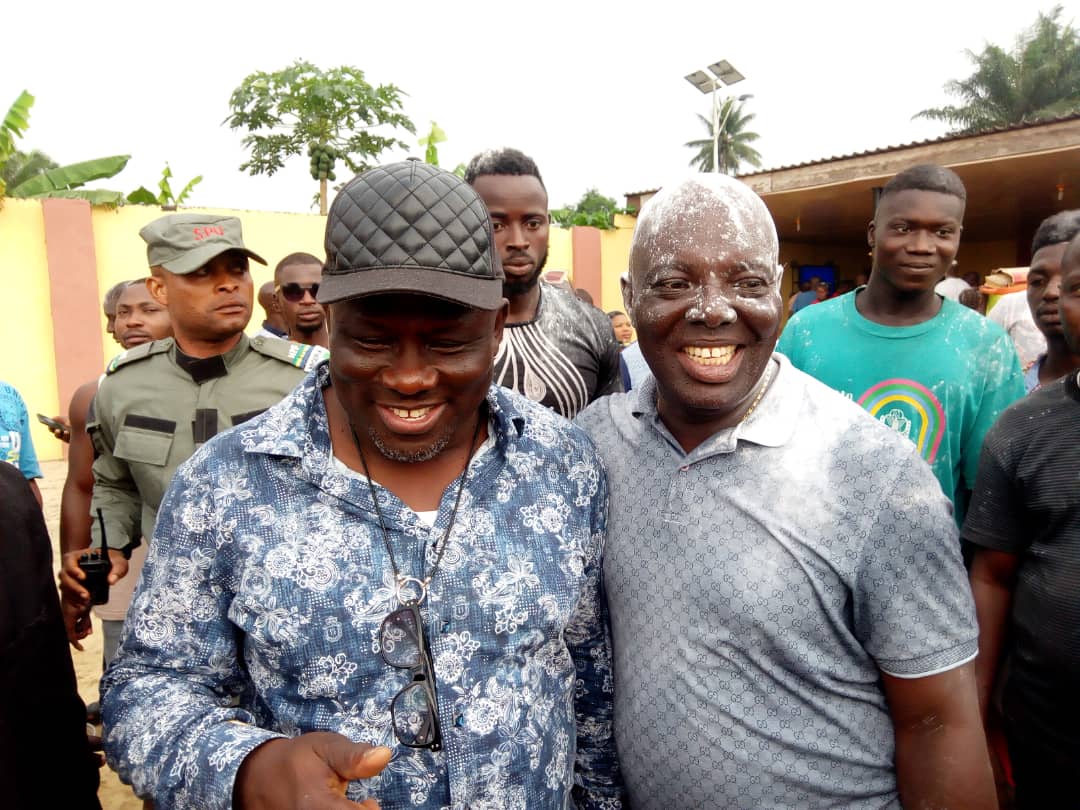 Hon. Efe Afe, former member of the Delta State House of Assembly contested under the platform of the People’s Democratic Party,PDP where he floored  the All Progressives Congress Candidate.

Hon. Afe was joined by the current Speaker of the House, Rt.Hon. Sheriff Oborevwori as he received a copy of the election results from Officials of the Independent National Electoral Commission, INEC at Adane-Okpe Primary School in Orerokpe Community, Okpe Local Government Area of Delta State.

Addressing newsmen shortly after receiving the results, Hon. Efe Afe said,”This is one of my greatest day after yearning for the position for the past eight years .But I want all my opponents to know that there is no  Victor , no vanquished”.

While thanking God for the victory, Hon. Afe said his party, popularity and love for Governor Arthur Ifeanyi Okowa gave him the victory.

Hon. Afe commended INEC  conducting one of the best elections in Nigeria and enjoined his supporters to celebrate his victory and continue to believe in the PDP Government in Delta State.

The Speaker of the Delta State, Rt.Hon.Sheriff Oborevwori expressed happiness over the results.

Rt. Hon. Oborevwori said,”Well, we are happy . The Okpe, Uvwie and Sapele  Federal Constituency has made a clear  statement with this victory  in this Constituency. We are happy and the people are happy.”

The lawmaker also appreciated the Delta State Governor, Arthur Ifeanyi Okowa for all he has been  doing for the people in Okpe Kingdom, saying that; ” And so come Saturday, March 9, 2019, we are going to do it again”.

Rt.Hon. Oborevwori said he did not have any fears on the elections just as he noted  the challenges faced by many electorate on Saturday,  February 23,2019 with the  card readers.

The Speaker  urged the Independent National Electoral Commission, INEC to adhere strictly to the usage of the card reader so as to checkmate electoral malpractices.

He  also said the election was free and fair in Okpe Local Government Area  apart from Sapele where there was reported  violence leading to the death of  two persons  with two others injured.